The CTRC Blog is a chronological collection of postings and items of interest.

Our search page is available to help you find anything that might not be immediately visible.

For the latest weekly updates please visit our Facebook page.

Our quarterly newsletter is The Clearboard.

The California Trolley and Railroad Corporation (CTRC), based in San Jose, will be relocating the former Southern Pacific Railroad steam locomotive, number 2479, and the Lenzen Roundhouse structure and turntable to the Niles Canyon Railway, operated by the Pacific Locomotive Association (PLA).

Built in 1923, Locomotive 2479 finished its active career pulling commuter trains between San Jose and San Francisco for the Southern Pacific Railroad. 2479 retired from service in 1956 and was donated Santa Clara County in 1958.

Since 1989, the volunteers of the Santa Clara Valley Railroad Association (Now named CTRC) have averaged over 5,000 hours per year on the restoration of SP 2479. This amounts to approximately twenty-five person years expended. To date it is estimated that 80% of the restoration effort has been completed to the locomotive.

The CTRC website has been updated and (hopefully) reinvigorated.

Had a big crew today, Peter, Kyle, John Z, and Bill Jump, were there in addition to the more usual Tom,Larry, Denis, JB and I.

John Z and Bill Jump were servicing equipment, Kyle cleaned and painted some studs, Larry and Denis worked on the cab lining, and Tom and I worked on identifying areas where we still have issues with the boiler.

Music by the Singing Conductors

At times, it has seemed to me that we have not accomplished much during this past year. I'm very wrong. With the small but dedicated crew, a lot has been done.

Someone felt they had to gain access to the 1215's cab by kicking out the fireman's front window. Plastic window was destroyed. Window frame was not damaged. Repairs will cost about $20.00. OSH Boxcar

Another big step towards getting OS...

Not much accomplished today. Lower temperature and moderate wind kept all hands close to heaters.

Some time was spent examining the second of three air tanks. Again news is not good. A waste area of substantial depth about size of a dime was located on the largest tank, 90" le...

Machining of the right side reverse shaft bushing is complete. Today the bushing was installed. A number of different machining processes were required to turn the $240.00 piece of bronze into the required part. Big thank you to AJR. 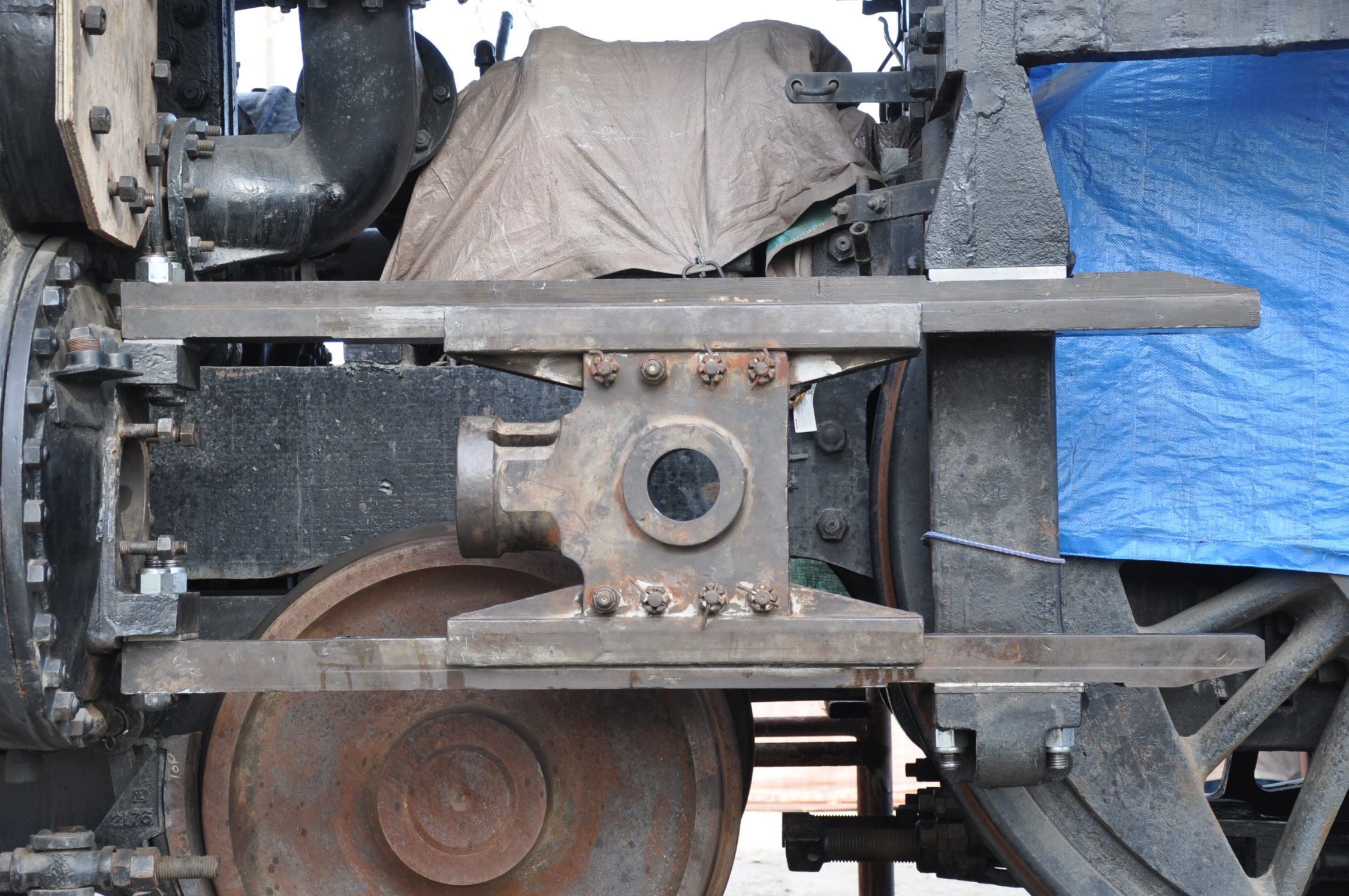 Today the left crosshead was returned to the locomotive. With the crosshead in place, bolts were installed in the lower guide. All of the news is not good.

The crosshead was found to be pinched tight when full forward. A .025 inch shim was added at the f...

History San Jose Presents The Way to San Jose, A Celebration of the Valley's Transportation History

Commuters and non-commuters alike will have the opportunity to view transportation through the ages. Thanks to the R...

Progress on 2479 has been slowed the past several months because of the magnitude of the tasks ahead that are outside our machine's capabilities and funds, but it has been a very busy year. Below are listed most of our major accomplishments. Many... 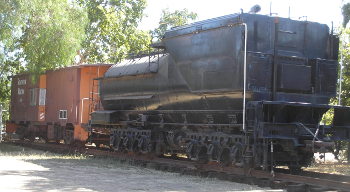 The last journal wedge was installed mid November. It seems that we forgot to trim the wedge to its required thickness before installation. With boiler finally sitting on its wheels, the steel beam that supported the firebox end of the locomotive was removed. All c...

Sometimes it might feel that not much is being accomplished, but my notes show that is not the case!

Larry Murchison reports the following progress at the fairgrounds:

The crack that was discovered in driver number 2 right side wedge pedestal was not very deep. The crack was removed with die grinder. I polished the area with a Dremel tool, applied heat and...

Click here to view a summary of all posts.